Two-and-a-half years ago, Sonya was implanted with Cochlear’s newest device: two Nucleus 6 processors. At the time, we were impressed with their size (slightly sleeker than the ABs), but overall felt the technology surrounding them was a bit clunky and didn’t seem intended for pediatric use.

Now we covet the Nucleus 7, which was released in August 2017. With features such as the “Hearing Tracker” which records the time the sound processor coil is not attached to your head to a “Find My Processor” feature, which uses Location Services to help determine the location of a lost processor, the latest product from Cochlear seems amazing – and perfect for a toddler-aged Cochlear implant user.

But how does it stack up to the older model? Since I can’t hear for myself, I decided to ask around on Facebook whether anyone who received the upgrade would be interested in giving me some feedback a few months into wearing them.

At two years old, Vanessa Robinson was diagnosed with profound hearing loss. She grew up wearing hearing aids. Now a young mom in her mid 30s, Vanessa decided to make a big change. “I want to be a special education teacher,” she says. “When you teach special ed for elementary-aged kids, you have to teach phonics and phonetics. I couldn’t hear the students well enough. It was then that I decided to have the surgery.” 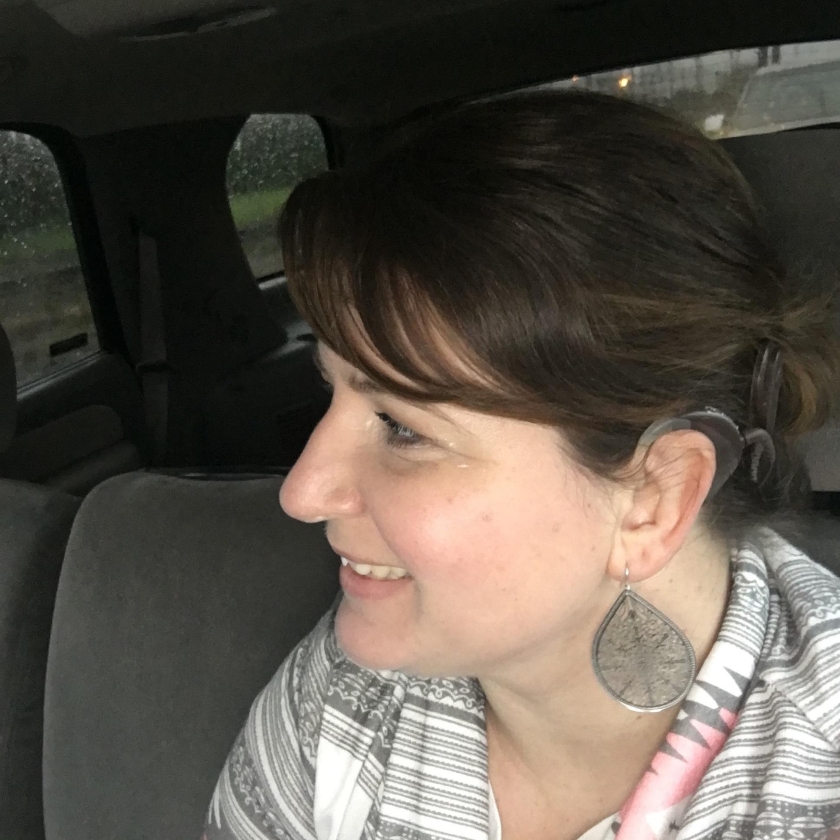 “They are exactly the same sound wise to me,” she says. “But I love the N7 because of its Bluetooth capabilities. With the N6, you had to sync to a phone clip or speaker that was bluetooth. The phone clip was the ‘bridge’ between the cochlear implant and the device. With the N7 you sync it directly to the phone without the need of a third device.”

Vanessa also mentioned that she felt the N7 was more comfortable to wear than the N6. “It’s lighter and thinner, so it rests on your head easier. The N6 is heavy and causes blisters on the front part of my ears where the hook sits if I wear it for long periods of time.”

As for how her hearing has improved post-implants, “It’s not an overnight miracle, but I’m thankful I did it.”

She adds, “the first few weeks following my surgery, I was so angry. All I could hear were what I imagined Morse code to sound like. Dots or the ‘s’ sound with beeps. I was so disappointed that I had gone through all of this for nothing,” she says. “But by week three, I started noticing stuff like the fans whirring and the blinkers on my car blinking, and my dogs nails clicking as they walk across our wooden floors. Five weeks post-implantation speech started coming in.”

“Before the surgery, I had about 13 percent speech recognition, meaning I could hear speech 13 percent of the time on average, according to my audiological exams,” says Vanessa. “Now four months post activation, I have 65 percent speech recognition. I can hear music, radio commercials! (that’s a first for me) and, above all, the sound of my three-year-old son talking to me. It’s so crazy how well he talks! I never really ‘heard’ him before as he didn’t understand that he had to face me when talking so that I could read his lips.”

Thank you, Vanessa for sharing your experience with the N7!

Born in Fargo, North Dakota, I grew up in Minnesota. After graduating from Macalester College in 2004, I moved to New York City. For 10 years I worked in the field of public relations, representing professional services firms and financial services (in particular alternative asset managers) In 2014, my life changed dramatically with the birth of my first child, Sonya Rose. Born with severe to profound hearing loss. Sonya's care has become my full time job. It is also the best job I have ever had. My husband, Sonya and I live in Manhattan. Please feel free to email me anytime at missy.kvitko@gmail.com, or find me on instagram (@mmkvitko) and twitter (@HearSonyaRose). Thank you so much for reading. View all posts by Missy Kvitko

One thought on “How Does the N7 Compare to the N6?”